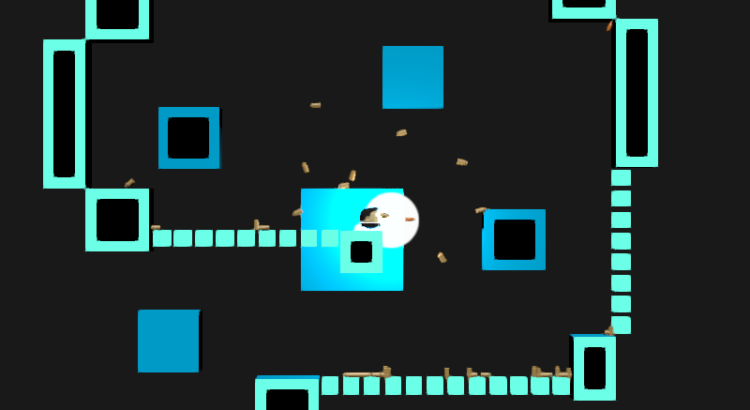 I can now shoot in all directions with my little cute hero. And you can see he enjoys it a lot! My game goes now the action game path with a very simple level design. The idea is to improve the visuals with small little details. The ejected shells are one sample, the hearth if he collects new ammo, and the funny lauthter if he shoots like crazy. I plan to add more things which interacts with the hero or any NPC, like crickets which fly aroung and get disturbed in the the bullet hell.

I think it’s now quite hard to aim on something and as ammo is a limited resource I probably need kind of an automatic aim. The idea is that if there is something to shoot and I aim in a directions the automatic aim to the next shootable thing in that direction if it is in range. But I need to do first game testing. This is actually the next step any way to have a set of simple levels and let people play them so I can collect feedback. In the past I did that with steam, I probably also will look into itch.io as well.