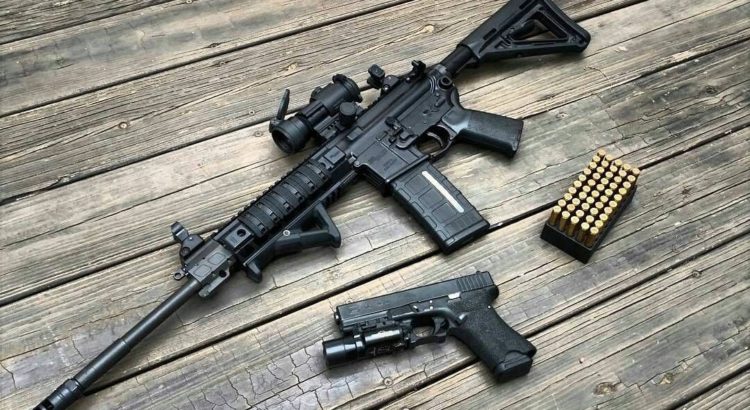 This is the follow-up article about lens #16, the lens of risk mitigation from The Art of Game Design: A Book of Lenses written by Jesse Schell. If you buy books through the links in this article I will get a small commission for that.

The next idea I tried quickly to pitch was having a primary and a secondary weapon for more advanced levels. But I needed first the implementation, was only an hour to implement this and define the primary and secondary weapons, so cheap enough. I tested with an M4 and a semi-automatic handgun (Glock).

If I use a gamepad, I will have to separate the switch button from the shoot button, so that I can shoot and independently switch the weapon. Feels good. But at the moment the handgun doesn’t give any advantage over the rifle for melee attacks or in any other situation than running out of ammo with the rifle. This isn’t too exciting. I have to extend this test and see if it is a good idea to make a rifle not operatable in very close range so that the player just has to switch to a melee weapon which is the main purpose of a secondary weapon. I made as well the handgun ineffective for long-distance, the bullets lose their power over time.

One thing I observe is if my rifles are not working in melee it is not visible or clear it just does not shoot. I need some feedback. Could drop some curses from the player. This leads to another test besides just implementing the weapon switch between rifle and melee weapon. I will test this idea shortly and see if I like it. I tried ejecting some skulls and bones when he curses.

It gives now an indication that something bogs this little man when he tries to shoot at something too close. Looks cute in a way so I will go with that.
And last but not least a mini level where a weapon swtich makes sense.